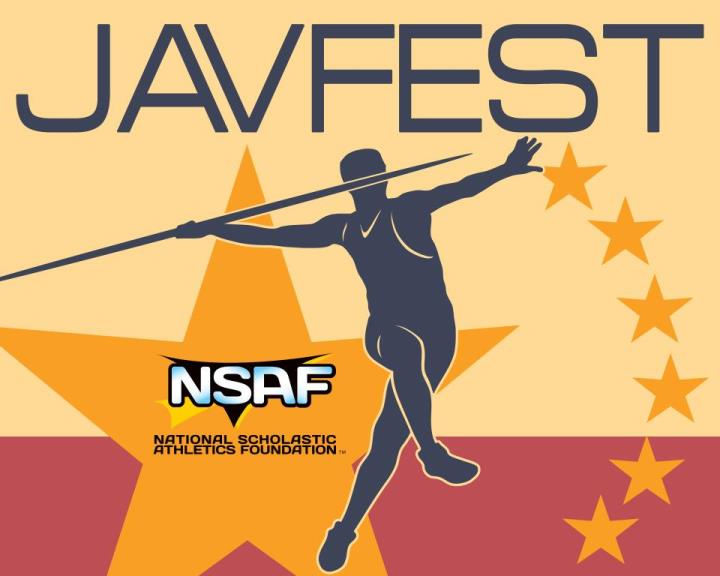 Baker and Roman Mitchell, both NSAF Project Javelin Gold seniors, scored JavFest High School Elite division victories with throws of 169-2 and 207-6, respectively, in 2017 – which were PRs for both of them at that point. This year, as a Olathe East HS senior (and Duke signee), Baker is unbeaten and leads the nation with a PR of 178-2 (#4 all time HS). Last weekend, she won the US Junior title and will be a contender for Team USA in the IAAF World U20 Champs in Tampere, Finland.

Mitchell, a Southeast Raleigh, NC senior and UNC signee, improved his PR to 210-5 in limited opportunities and took 4th at NBNO two weeks ago. He is ranked among the top 10 in the U.S. for the third straight year.

Two more Project Javelin athletes also are among the Elite High School girls contestants. Sydney Juszczyk was the top freshman in the nation this year at 161-6 and has recently joined the Project. She is making her JavFest debut and is headed into her sophomore year at Trinity Catholic in Missouri. Lillian Hill, meanwhile, will be a freshman at the University of Maryland this fall and brings a 144-4 best from her career at North East HS in PA. She was 4th at JavFest last year. Baker, Juszczuk and Hill are the top 3 entrants, with Alexandra Webb of St. Benedict’s TC also entered over 144 feet.

In the High School Elite Boys division, Mitchell is the top entrant, followed by Marc Anthony Minichello (204-1 PR), Terrell Webb (196-9) and Eric Lyon (190-2). Minichello (Wyoming Area, PA sr) was the Pennsylvania AAA state champ this spring, 2nd in the Penn Relays and had a PR of 204-1. Webb is a top Canadian Junior thrower, also from St. Benedict’s TC, and Lyon is a Bangor Area PA junior who was the state’s District 11 champ and took 2nd in the JavFest HS open division last year.

Meanwhile, Curtis Thompson returns to lead the field in the Men’s Elite Division here at JavFest. Thompson is coming off winning his first USATF Men’s title last weekend in Des Moines, throwing 249-2. He was the 2016 champ here in this division with a 260-11 heave, and has a 271-11 PR from that same year – as he was 2nd in the U.S. Olympic Trials and NCAA champ as a Mississippi State senior. As a Florence NJ prep (Class of ’14), Thompson was the USA Junior champ as a senior to make his first U.S. team.

The #2 entry in the Men’s Elite field is Michael Biddle, who won the first American JavFest High School Elite title while a Williamsburg PA senior in 2015. He was also NBNO champ that year. As a Penn State sophomore this past spring, he won the Big 10 title with a 239-7 PR and made the NCAA champs.