Making a Change for All People

Eric Merriweather remembers when, as a young child in Bartlett, Tenn., near Memphis, he first got a taste for what it was like to run, sprint, and compete.

He raced against his mother. “She was a track athlete in high school,” he recalls. “She used to race us up and down the street. She would give us a 20-yard head start … and then come back and beat us by 20 yards.” 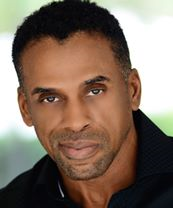 Perhaps it would be nice if Merriweather’s story from there was one of a smooth ascension from the street to the track and athletic stardom, and then on to becoming a leader and mentor of young men and women. But it wasn’t that simple. Before he would become the man who launched Sprint Athletics in 2006 – coaching dozens of elite prep track and field athletes to the NCAA level and beyond over the past decade – and before he would have the vision and wherewithal to found the African American Association of Georgia (AAAG, Inc.), through which he’s helped more than 4,000 families in need, there were great challenges to overcome.

Yes, Merriweather had success on the oval and the straightaway as a sprinter at Bartlett High (Class of 1982), and then later at Shelby State Community College, where he studied accounting and marketing. But there also were a myriad of “family issues,” incidents of serious abuse he suffered while growing up, and – even while he was starting to build a career in the business world – a stunning HIV diagnosis in 1985, all before he had turned 21.

Merriweather was led to believe he had less than 10 years to live. Part of his early quest to define his identity became to get to know the man he called his father and to understand the genesis of some of the family issues. But his father died in an accident before this could come to fruition. “That’s actually when everything began for me,” says Merriweather now. “I began to understand how much of a fighter I was.” Thirty-two years have passed since the HIV diagnosis.

After living in Washington, D.C. for several years, a move to Atlanta in 1992 would be another growth and development factor. Merriweather got involved in the New Birth Church, eventually started a track club there, and jump-started his own athletic career. As a Sub-Master and Masters runner, he would set a PR of 10.38 for 100 meters while in his 30s, continued on into his 40s still running in the low 11s, and ran as fast as 11.70 past his 50th birthday. He’s won a combined 10 Masters Olympic and World Championship gold, silver, and bronze medals in sprints and relays.

Merriweather’s vision grew bigger and bigger until he started the AAAG, Inc. in 2002, stepped away from “corporate America,” and truly embraced a new life of service. The AAAG has developed mentoring, education, health and wellness programs, and, last but not least, “feeding programs developed to help in sustainability of families becoming whole again.” While the AAAG has grown, Merriweather also has become a life coach, an author, an actor, and, of course, a world-class track and field coach.

Through Sprint Athletics, Coach Merriweather has developed some of the nation’s best sprinters and hurdlers. At one point recently, he had six starring athletes in the SEC, including Matt Moore, Jada Martin, Jordan Moore and Cassondra Hall at LSU, Felicia Brown at Tennessee and Briana Vaughn at Georgia. He also coached hurdler Morgan Snow, who starred at Texas.

Discovering his identity has not only enabled Merriweather to let go, forgive, and grow, but also to provide a special kind of mentorship to youth. “I’ve been gifted to help kids tap into who they are and develop their self-worth, and a direction in life,” he says. “My kids are communicators.

The NSAF’s Honorary Referee designation is reserved for individuals who have given of themselves unselfishly and unconditionally to our sport. This is someone who has led by example, has lived his or her words, and continuously and consciously has made significant and positive impacts on the shape and direction of athletes’ lives.

Merriweather fits the description. “I’ve been very blessed … and beaten a lot of odds.”