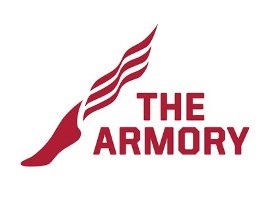 NEW YORK – March 5, 2020 – The late Dr. Norbert Sander, Jr., who revitalized and revolutionized indoor track and field in New York (and beyond) by spearheading renovation of The Fort Washington Armory and creating The Armory Foundation, is among ten individuals who will be inducted in the third class of the National High School Track &Field Hall of Fame, Thursday evening, March 12, 2020, at the New York Athletic Club.

Tickets and tables for the gala awards dinner and ceremony are available for purchase online at NationalHighSchoolTrackandFieldHOF.org. The event will take place preceding the New Balance Nationals Indoor Championships (NBNI) at The Armory, which runs from March 13-15. The National Scholastic Athletics Foundation (NSAF), which owns and operates NBNO, launched the Hall of Fame in the summer of 2017.

Members of Dr. Sander’s family are expected to be on hand to accept his award during the dinner and ceremony, which begins at 7:00 p.m. A cocktail hour precedes the ceremony at 5:30 p.m. and the inductees, along with family members and other recipients, will be on hand at the NYAC for interviews beginning at 3:00 p.m.

The following is a list of the 2020 inductees, including their year of graduation, high school and hometown:

The 10 members of the 2020 class (see below) – including athletes, coaches and contributors – will join the 47 inductees from the previous two years, which have included all-time legends like Jesse Owens, Jim Ryun, Steve Prefontaine, Mary Decker Slaney and Allyson Felix, as well as pre-Title IX pioneers like Margaret Bailes Johnson, Patty van Wolvelaere and Barbara Friedrich.

The National Scholastic Athletics Foundation, a non-profit organization created to support and promote high school-age track and field, launched the Hall of Fame with the intention to honor three categories of inductees:

For more information on the National High School Track & Field Hall of Fame or to view detailed biographies and photos of the inductees, visit NationalHighSchoolTrackandFieldHOF.org.

The National Scholastic Athletics Foundation (NSAF) was founded in 1990. It is a non-profit, tax-exempt 501(c)(3) organization with the mission of opening doors to the world for our youth, through athletics, and providing them opportunities to succeed. That includes supporting high school and junior-aged track and field athletes in the US through national high school competitions, including the New Balance Nationals Indoor and Outdoor; The Great American XC Festival and HBCU Challenge; and the American Javfest and Ironwood Throws Classic. It also includes Team NSAF international competition and team-building events in Cuba and Iceland; clinics and event-specific special projects, such as Project Javelin Gold and Project Triple Jump; vigorous grant programs, which enable high school athletes to compete around the country, at USATF Junior Nationals, and internationally; and with program development grants, which are awarded in the winter and fall each year. The NSAF provides approximately $250,000 in grants annually.  For more information about the NSAF, please visit NationalScholastic.org.

About The Armory Foundation

The Armory Foundation is a New York City non-profit institution, with the mission of "Keeping Kids on Track." Each season The Armory – the proud home of the NYRR Millrose Games – hosts more than 100 track & field meets and welcomes more than 220,000 athlete visits. Among its many youth sports and educational programs, including the acclaimed Armory College Prep program, The Armory runs the leading collegiate indoor track meet with the Dr. Sander Invitational Columbia Challenge, and also hosts the largest high school indoor track meets with this year's 26th U. S. Air Force Hispanic Games, The New Balance Games, the New Balance Nationals Indoors, the Energice Coaches Hall of Fame, Marine Corp Holiday Classic and the Colgate Games.  The Armory also runs the Columbia & NewYork – Presbyterian Indoor Marathon presented by New York Road Runners, which is the world’s largest indoor marathon relay. The Armory is also the home to the National Track & Field Hall of Fame and dozens of very large education-focused events. For more: Visit Armory.NYC and ArmoryTrack.com.