The cultural exchange between the National Scholastic Athletics Foundation and Cuba – which manifested itself last June in the historic first Caribbean Scholastic Invitational (CSI) in Havana – will reach both ways in 2016. 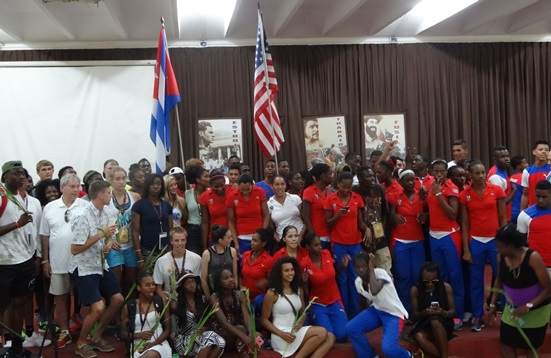 Cuba will be sending four of its outstanding, international-class high-school age athletes to compete with us in the New Balance Nationals Indoor, March 11-13, at the New York Armory, as well as the NBN Outdoor in Greensboro in June.

“We can’t wait to have them here with us,” said NSAF Executive Director Jim Spier.  “We agreed at our November meetings with the Cuban Federation that they would send four of their athletes to our indoor and outdoor meets, plus a trainer and a federation delegate.”

The four Cubans are already experienced internationalists, all having competed last year (two medalists) at the World Youth Champs in Cali, Columbia, and one also at the Pan American Juniors in Edmonton, Alberta, Canada.  They are the top Cubans their age in their respective events.  All four also ran and jumped against Team NSAF in the 2015 CSI.  They are:

Yanna Anay Armenteros – While not yet 16, Armenteros led the2015 girls’ triple jump WY list at 44-3.25, a mark she hit way back last February.  Like Napoles, she was 2nd to an older teammate at CSI.  Then in Cali, she took bronze at 42-9.5.  She could also be a WJC medal contender this summer. 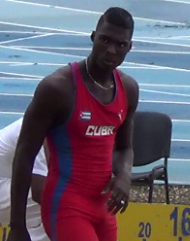 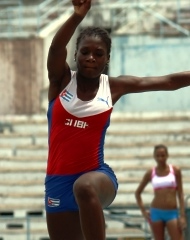 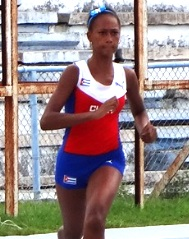 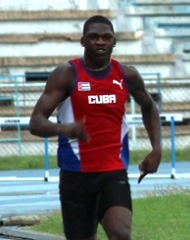 “The U.S. triple jump kids will have their hands (or legs) full at NBNI,” noted Mr. Spier.  Napoles’ PR is superior to the national high school indoor record, while Armenteros is within a few inches of the girls’ standard.  Gomez should also contend for a girls’ 400 gold, though the U.S. competition will be tough, and Amores will be in the mix in the boys’ sprints.  The Cuban athletes will be scored separately and the highest-finishing U.S. athlete in all events will still receive the NSAF championship ring. 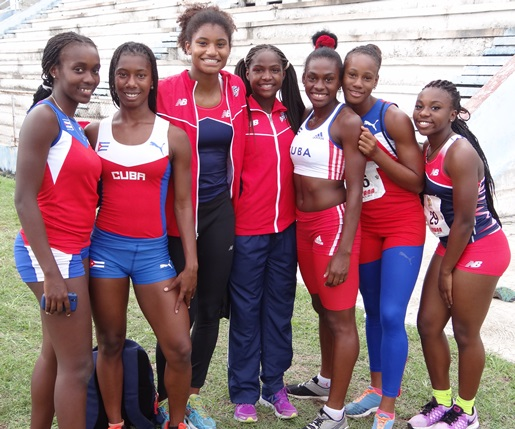 The Cuban quartet’s NBN appearances will bracket Team NSAF’s second trip to Havana for this year’s CSI, coming up May 27-28, following the extremely successful and historic first running of the meet last June.  Twenty-eight U.S. preps will be chosen, as was the case in 2015, to compete in the annual international meet.

The majority of Team NSAF athletes – generally high school juniors with a few exceptions – will be chosen based on New Balance Nationals Indoor results.  Other indoor and early outdoor results will be considered for some selections, as well.  The NSAF started the meet in 2006 and it was held for 8 years in Puerto Rico before the first running in Havana last year.  The NSAF pays all expenses for our CSI team.

That trip last June will never be forgotten, especially for the 28 Team NSAF athletes.  The Cuban federation and all of the Cuban athletes could not have made our delegation feel more welcome, especially at an opening ceremony held the day before where Cuban singers performed and both teams gathered on the stage for a grand finale waving U.S. and Cuban flags.  The hosts held a post-meet party for the NSAF as well.

A quote displayed at the Escuela de Deportes (School of Sports) in Havana reads, “Sport is and must be one of the most effective means available to society to help promote the welfare and health of citizens, to develop the spirit of excellence and competition between people, to consolidate habits social discipline and solidarity among men, to grow a better quality of life; in short, for the full realization of the human being.”  That seems to epitomize much of the spirit of this new Team NSAF-Cuba partnership.

Two new developments promise to make the 2016 CSI extra special.  First, the track at Estadio Panamericano will be resurfaced for the meet.  Second, the meet will be held this year in conjunction with the Memorial Barrientos, the long-running Olympic/elite-level international meet held annually in the late spring.