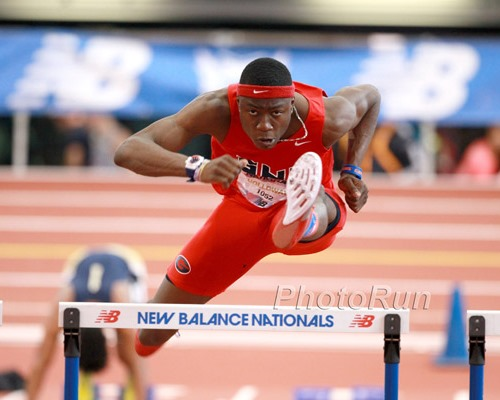 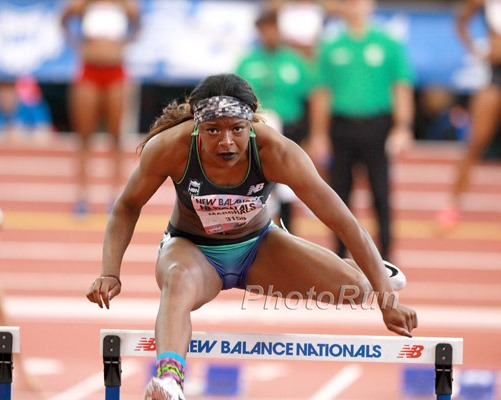 The 2016 New Balance Nationals Indoor Girls’ Athlete of the Meet honor went to Tonea Marshall (Arlington Sequin, TX senior) – thanks to two stellar days of hurdling that produced 3 national records.  In an girls’ 60m hurdles event considered to have the deepest field ever for an indoor hurdles championship – and a true showcase event for this 2016 championships – Marshall quickly established herself as the favorite Saturday with an 8.16 prelim – a big .12 PR that made her =#2 all-time and erased the memory of a pair of losses she suffered to Anna Cockrell and Brandee’ Johnson in recent weeks leading up to NBNI.