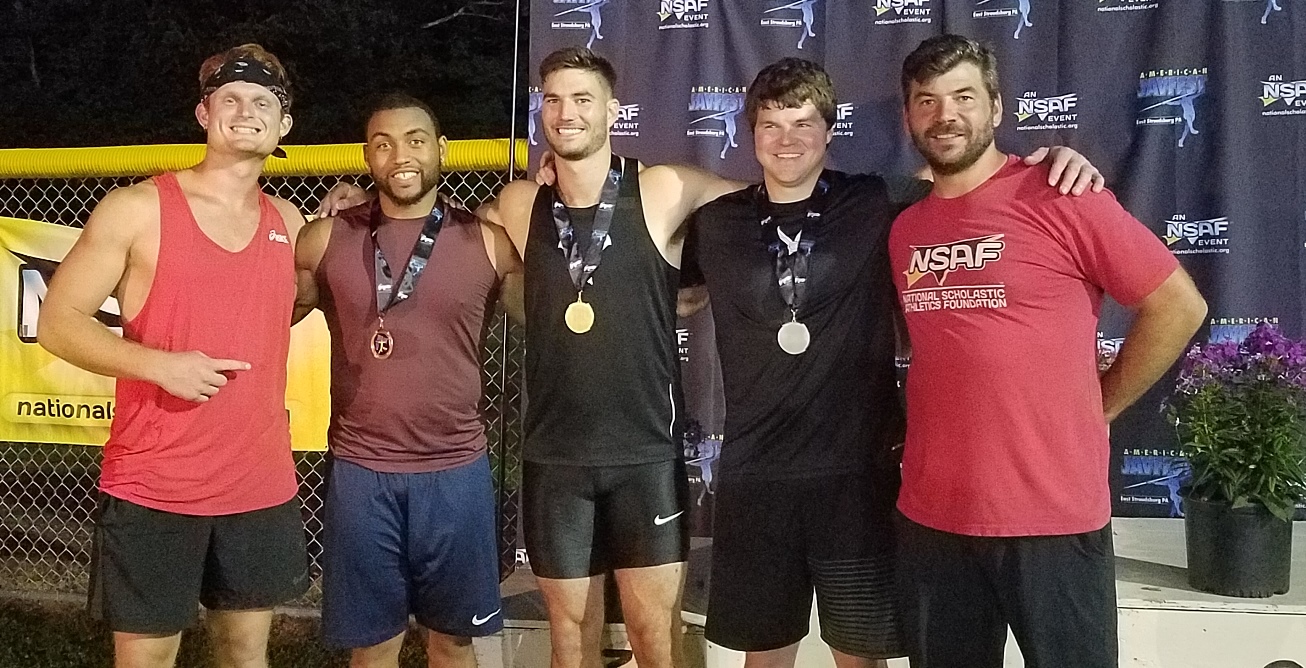 PA, will be cancelled for this year. The district’s school board stated in a meeting last week that it could not make the facility available that weekend and could not do so on any other weekend in time for the event.

“We were told by the East Stroudsburg South school district that no ‘outside’ events will be allowed for the foreseeable future,” said NSAF Executive Director Jim Spier. “We have looked for other sites but, given the current climate, there are no real alternatives.”

Since 2015, the American JavFest – originally started by Coach and Project Javelin co-founder Jeff Gorski – has been run in East Stroudsburg by the NSAF and locally-based Project coach and former elite thrower Barry Krammes, with the help of others like Project Head Coach and Olympian Tom Pukstys. The meet has become the home of great performances and competitions, with elites like Ariana Ince, Michael Shuey, Riley Dolezal, Cyrus Hostetler, Curtis Thompson and others annually putting up great marks and qualifiers for international competition.

Excellent prep throwing by the likes of Project athletes like Dana Baker, Skylar Ciccolini, Sophia Rivera, Sam Hankins, Roman Mitchell, Zech Blake and others have also been the rule. And the meet has taken on a professional flair in recent years thanks to great announcing by the NSAF’s Ian Brooks. The American JavFest in East Stroudsburg has truly become a mecca for American (and Canadian) javelin throwers, with additional support from local businesses and the community as a whole – thanks to the tireless efforts of Coach Krammes.

The NSAF will begin refunding entry fees this week.  Those who would like to transfer all or part of their entry fee as a tax-deductible donation to the National Scholastic Athletics Foundation (a 501 (3) (c) non-profit organization) may do so by fill out the following form and will receive a receipt for the donation: https://forms.gle/85mLcpQTM4W62RWQ6

“We apologize for any inconvenience, but the situation was really out of our control,” said Mr. Spier. “We look forward to hosting the event in 2021.”